BoxNOut.com is a local Florida based company that not only recycles cardboard, but gives back a % of profits to local charities. Visit our website to learn more how you can help support cardboard recycling.

For family’s stuck indoors and desperate for entertainment, a cardboard box can transform into a makeshift playground for the kids or a refuge for the cats. Day to day, though, they have been a crucial if often overlooked link in the nation’s supply chain.

But now boxes are piling up in homes across the country because of the explosive growth in e-commerce this year. That’s left the corrugated packaging industry dependent on consumers to recycle the products to support its financial and environmental needs.

Corrugated box shipments grew 9 percent in March from the year-ago period, industry data shows, despite a brief dip in revenue when the pandemic’s initial shock froze up the supply chain. But shipments were again soon boosted by retailers’ overstocking of food, cleaning supplies and toilet paper amid the panic buying so prevalent in the early days of the coronavirus pandemic. Shipments continued to climb through the fall, peaking in October, and box makers are on pace to end the year with record production to meet this year’s skyrocketing demand.

In fact, retail analysts say, e-commerce sales squeezed in more than two years’ worth of growth since the pandemic began nine months ago. And the corrugated industry is scrambling to keep up: Paper mills are running at full speed, and some producers are capping orders and contracting out to smaller companies.

“At some point, yes, there was some pantry loading as people were preparing for what the effect might be of the pandemic, but I think we’re past that point and what we’re seeing here is new consumer behavior,” said George Staphos, a senior analyst covering paper and packaging for Bank of America Securities. “Once you establish a new pattern, it’s really hard for it to change.”

The cardboard box and container manufacturing industry, which employs 139,000 in the United States, took in $67.3 billion in revenue from January through October, according to an IBIS World report. Even as the broader economy slid into recession and industries took a hit, e-commerce sales stayed afloat.

“Industry operators have largely been buoyed by the movement of consumers to shop online,” according to the report. And demand will continue to rise as consumers increasingly choose e-commerce over brick-and-mortar stores.

Georgia-Pacific, one of the world’s largest manufacturers of pulp and paper products, is already running its mills at full capacity, executive Brian Smith said in a Marketplace interview. He said the Atlanta-based company has had to buy from smaller producers to keep pace.

“It’s certainly been a challenge, because we’re taking extraordinary steps to keep all of our employee’s safe, which can slow production down considerably,” Smith said. “So sometimes it involves running extra hours and into weekends to keep up with demand.”

Memphis-based International Paper, the nation’s largest forest products company, produced more than 2.7 million short tons of corrugated packaging, up 2 percent year over year, according to its third-quarter earnings report. Chairman and CEO Mark Sutton said during an Oct. 29 conference call that it continues to see “very strong double-digit growth in e-commerce, with increased consumer reliance on e-commerce as a spending channel.”

WestRock Company produces 1 out of every 5 cardboard boxes in the United States. The Atlanta-based manufacturer of corrugated packaging, paperboard and containerboard employs 50,000 workers.

Box demand typically peaks in September, then tapers off through the end of the year as merchandise arrives in stores. But this year, between June and October, box shipments met 34 billion square feet — an industry record — each month. Demand swelled as retailers and shoppers alike adapted to the pandemic, according to Rachel Kenyon, vice president of Fibre Box Association, an industry tracker. Well-documented backlogs at the U.S. Postal Service also motivated consumers to start online shopping earlier.

“Based on data that we have dating back to 1999 (from the Fibre Box Association), this is a record,” said Staphos, the Bank of America analyst. “Two months in a row would be a lot, five months is unheard of.”

Staphos said the containerboard industry is now raising prices — a $50-per-ton hike on shipments in November — and putting caps on client orders amid the tightest market since 1994. According to his research team’s most recent survey of box producers released Dec. 13, growth in production was still up — 5.1 percent in November and 4.5 percent so far in December, which doesn’t account for much of the holiday season and last-minute shoppers ordering shipments.

Most of the companies surveyed expect another price hike in the first half of 2021, anticipating even more demand, including from vaccine shipments.

On the flip side of the industry’s growth is the environmental impact. Cardboard is more biodegradable than plastic packaging, but its production is linked to deforestation and heavy chemical use by paperboard mills. Industry experts say ensuring most of those boxes don’t end up in landfills needs to start at the beginning of their life cycles.

Global consumption of trees reaches roughly 15 billion each year, including 3 billion for paper packaging, according to the Environmental Paper Network. The industry relies on recycling virgin fiber — the basis of cardboard boxes — five to seven times, saving trees and improving the bottom line.

Kevin Hudson, WestRock’s senior vice president of forestry and recycled fiber, described how this “circular economy” works: Fibers produced in its paper mills are sent to production facilities, which make and ship boxes to clients such as Amazon and Domino’s. The boxes that make their way to WestRock’s 18 recycling plants are then turned into fibers again to start the process all over again.

WestRock invested $2 million in an upgrade to its Marietta, Ga. recycling facility in October — which Hudson said was crucial to handling this year’s high demand.

“It’s absolutely critical that the investments in single-stream sorting technology continues to occur so that the industry as a whole can match with the change in how recyclable material comes available,” he said.

Hudson said WestRock works with private landowners to ensure the fibers it uses come from sustainably managed forests. He said his team also works with nonprofits to expand community recycling and make curbside programs more efficient and municipalities to educate residents on what can be recycled.

“As the e-commerce has grown, so has that ability for the resident to recycle cardboard, and how that has evolved where it is easy and more knowledgeable for us to catch more and more of that product,” Hudson said.

And as packaging changes, the more that retailers and corrugated producers learn about consumer needs. Several years ago, it was common for an Amazon order to arrive in a huge cardboard box, with several smaller cardboard boxes inside wrapped in plastic air bubbles. But WestRock now uses its box-sizer machine for customers to right-size the package and reduce waste.

That means the packaging is more protective, ensuring suppliers’ quality for its customers, and more efficiency: Smaller packaging means postal and delivery workers can fit more packages on trucks, which reduces carbon emissions from gas and saves time.

Clients play a role in efficiency, too. Amazon now relies on proprietary artificial intelligence to calculate the best fit for orders, which sometimes means using an envelope instead of a box. As a result, Amazon says, it has reduced outbound packaging by 33 percent in the past five years, eliminating more than 915,000 tons of packaging material — the equivalent of 1.6 billion shipping boxes. The company has also invested $10 million in the Closed Loop Infrastructure Fund to improve recycling for 3 million homes in the United States. (Amazon founder Jeff Bezos owns The Washington Post.)

Target spokesman Brian Harper-Tibaldo said the company has been recycling cardboard from stores since the 1960s. In 2019, the Minneapolis-based retailer recycled more than 514,564 tons of cardboard, up 4.5 percent from 2018 and nearly 6 percent from 2017, some of it through its partnership with a paper mill. According to the company’s 2020 corporate responsibility report, 51 percent of Target’s owned-brand paper-based retail packaging are sourced from sustainably managed forests.

“Target is committed to using resources responsibly, eliminating waste and minimizing our footprint,” Harper-Tibaldo said in an email. “All the cardboard Target uses within its operations is bundled and brought to local recycling vendors.”

Both Amazon and Target declined to share cardboard usage data. T.J. Maxx declined to comment on this story. Walmart and Gap representatives did not respond to requests for comment.

Now, with the transition to more cardboard boxes showing up on doorsteps rather than in stores, the industry is relying on more consumers to keep up with recycling.

“More paper by weight is recovered for recycling from municipal solid waste streams than glass, plastic, steel and aluminum combined,” Heidi Brock, president and chief executive of the American Forest and Paper Association, said in an emailed statement. “As more people stay at home, it’s a good reminder that the box at your doorstep is designed to be recycled.”

The United States historically has exported much of its waste materials, including old corrugated containers (industry speak for used cardboard boxes), mostly to countries in Southeast Asia and Mexico. But trade data shows money made from exporting recyclables has tumbled since China enacted restrictions on U.S. imports in 2018, and some countries followed suit. Those declines intensified last year during the U.S.-China trade war: Fiber exports, mostly from old cardboard boxes, dipped 3.1 million tons to its lowest volume since 2006, according to Resource Recycling.

That meant the industry had to step up efforts to process more of those recycled fibers domestically. Brock said the containerboard industry — of which corrugated boxes make up the most — increased production 3.8 percent between January and October in 2020, year over year, and saw a 4.1 percent increase in recycling. Meanwhile, three new recycled containerboard mills are expected to be built over the next two years, with a $4.1 billion investment in manufacturing to continue recovering fiber for reuse, Brock said.

Cardboard reuse has come a long way since 1993, the year the three-sided recycling symbol first appeared on boxes, when just over half of all boxes were recycled, Kenyon said. In 2019, the recovery rate stood at 92 percent. Today, the cardboard box landing on your doorstep typically includes about 50 percent recycled fibers. 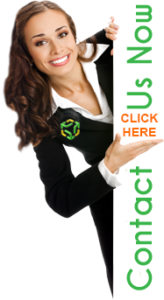